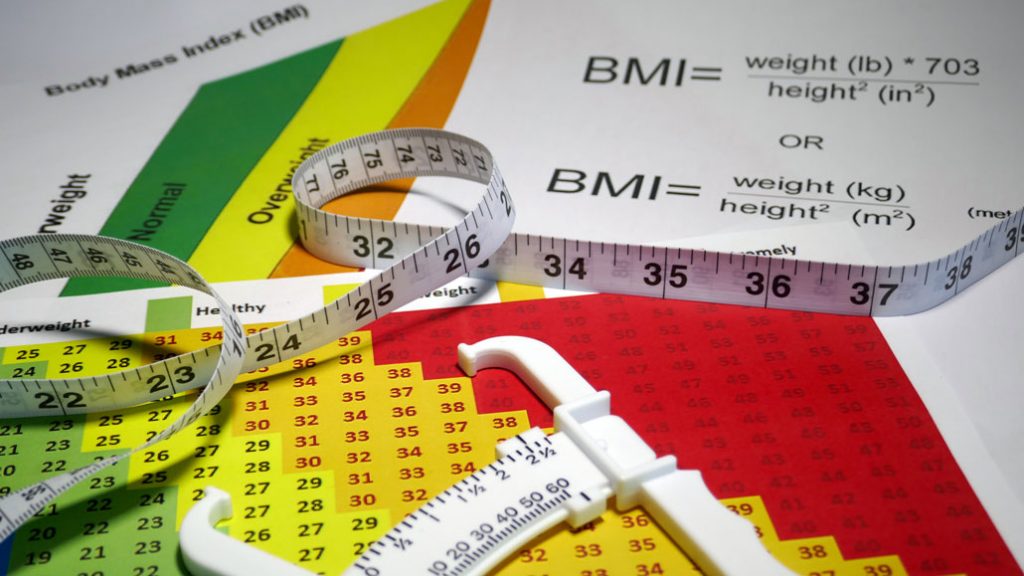 Talking strictly about weight, BMI scores tell the same thing for men and women. However, if we dig a little deep, the implications of these scores are different.

The best way to compare the BMI of men and women is to look at their similarities and differences.

What are the Similarities of Body Mass Index in Men and Women?

In many ways, the BMI says the same thing for both genders. The points below discuss how they are similar.

Meaning of the Term

BMI stands for Body Mass Index, which measures a person’s weight with respect to their height. It is the most popular and frequently used metric to specify if someone has excess body fat.

The formula for measuring the score is the same for both genders. You can calculate it by:

Furthermore, regardless of your sex, the same BMI table is used to analyze if you are obese or underweight.

You can refer to this information given by US Dietary Guidelines, to check your BMI weight status.

Implementation of BMI in Medical Sciences

BMI is used as a reference to study various diseases and medical conditions. The pattern for diseases based on the score is the same for both genders. As your BMI exceeds 30, you become more vulnerable to illnesses related to body fat, no matter who you are.

Professional health workers may sometimes use BMI to make you aware of probable diseases. In this regard, they don’t consider if you are a male or a female.

Health Risks of Being Underweight

Everyone goes through similar issues with lower BMI scores than usual. Some health problems that you can have when underweight include:

Research shows that having less weight can make your immunity weaker. This is mostly attributed to the fact that underweight people don’t have the essential nutrients to avoid or fight disease-carrying germs.

If you are underweight, you become more vulnerable to viral and bacterial infections.

Similarly, you will find it harder to treat yourself once you have caught a disease.

Thinning skin, hair loss, and poor dental health can all result from having less weight. Again, this is because of malnutrition; for example, not having enough protein in your skin may cause conditions such as Gaunt Face.

The same goes for your teeth and hair; your body requires energy to keep them healthy. But if you don’t eat enough food, they become unaffordable luxuries.

The human body is constantly changing its bone tissues. Osteoporosis is when the creation of new tissues can’t keep up with the removal of old ones, causing your bones to be weak and easily breakable.

Different studies have shown that low BMI is a risk factor for Osteoporosis in both male and female. This is mainly because of the lack of calcium in the bones of underweight people.

Some other health issues common in people with less weight are:

These are some of the most occurring issues in both men and women because of having abnormally high body weight:

Research shows that being obese can make you 2 to 2.5 times more likely to catch heart disease. In addition, the risk for heart disease is virtually the same for both genders as their Body Mass Index increases.

A high Body Mass Index indicates a lot of fat in your body. Most of this fat gets accumulated in your arteries, damaging or clogging the organ. This can escalate to bigger problems such as heart attack, no matter who you are.

Type 2 Diabetes is a health condition in which the body isn’t able to produce or use insulin, the hormone responsible for moving sugar into cells for energy. Obesity increases the chances for this disease, as your body will have more fatty acids that make your cells less sensitive to insulin, causing insulin resistance.

While there is a higher prevalence of type 2 diabetes in males than females, studies have shown that regardless of your sexuality, you are more likely to have diabetes if you are obese.

High Blood Pressure or Hypertension is when your blood pushes on the arteries with more force than usual. There are many reasons that being obese leads to this condition. The most common one is that when you have a lot of fat, your heart needs to push harder to allow the blood to reach your organs.

In normal cases, blood pressure is directly proportional to a person’s BMI. The more obese you are, the more likely your Red Blood Cells are to revolt by banging on the walls of your arteries.

Commonly known as high blood cholesterol, hypercholesterolemia is directly caused by being obese. As you can see, a higher BMI will allow your body to make more cholesterol which is a protein formed by fat.

In this case, as well, significant difference hasn’t been found between men and women.

Some other diseases caused by being overweight include:

What Are the Differences in BMI: Men Vs. Women?

BMI is found to have some inconsistencies among men and women.

The Body Mass Index is a health metric that tells that men and women of the same height need to have the same weight. However, in society, women who weigh the same as males are seen to be ‘heavier’.

A score between 18 and 20 is perceived as more ‘attractive’ for women. Similarly, the golden number is 22 for men.

The Inconsistencies in Muscularity

Generally speaking, men have more muscle mass, and women have more body fat. An issue with the Body Mass Index is how it doesn’t address this; the system assumes that opposite genders with the same BMI have the same lean body mass.

Men can burn calories faster while women convert more food to fat. Furthermore, even if fat increases in our bodies as we become older, this increase seems to be higher in females. None of this is considered in the Body Mass Index.

It is easier for men to lose weight than women, as they have more muscle than fat. But this also means they need to eat more than women to maintain their body mass.

On the other hand, women don’t need to work as much as men when they need to gain weight. But losing weight can be difficult because it is harder to cut down body fat.

Thus, even if the Body Mass Index scores are the same, based on your gender, the amount of workouts you will need to do to hit your target score is different.

As we discussed, body fat percentages can differ in adults of different genders. Studies show that by 25 years of age, healthy women can have twice the body fat as healthy males.

Even if the scores are the same, the recommended body fat percentage chart differs between the two genders.

BMI in Kids and Teens: Men Vs Women

Kids and teens of opposite genders show different growth patterns. Girls reach their adult height by 15, while boys can continue growing until they are 21 years old. Furthermore, kids can hit puberty at different times, even within the same genders.

Different references are used even if the formula for calculating the index is the same for teens as adults. But keep in mind that since the human body changes dramatically during the teenage years, the BMI isn’t as accurate for teens and children as it is for adults.

The Center for Disease Control and Prevention (CDC) gives the following charts for teenagers:

Where Does Fat Mostly Accumulate?

Men commonly accumulate fat around the trunk and abdomen. On the other hand, a woman’s body deposits fat mostly around the hips and thighs. The reason for this is that women have a broader pelvic bone for them to be able to give birth.

As women have less muscle weight supporting their thighs, they are slightly more susceptible to physical injuries than men. Furthermore, hip conditions are more prevalent in women with higher body fat. All of this information isn’t really touched by the Body Mass Index.

Women gain weight during pregnancy which naturally increases their Body Mass Index Score. In addition, the assessment of the scores varies for women pregnant with a single child and twins.

Weight Gain Recommendation for Women Pregnant with a Single Child

BMI in itself has been designed to get quick assessments of the human body for medical reasons. Its purpose is to help people maintain a healthy weight, regardless of gender.

Thus, you won’t find a lot of differences when comparing male and female BMI- the scores for being underweight, overweight, and of normal weight are the same. Furthermore, diseases caused by having more or less weight than normal show the same pattern in males and females.

But as you can see, the real difference lies in body shape and biology. Women naturally have more fat than men and go through more bodily changes, for example, pregnancy which causes the index to not always give very accurate answers. Hence, in the long term, combining body fat percentage with BMI can yield better evaluations.

We would love it if you would share this article, Many thanks.

Knowing your BMI has many health benefits. Check your BMI at bmiedge.com today. It's quick, easy and free.

Ideal BMI For Runners | All You Need To Know

How Much to Walk According to BMI

Is The BMI A Good Health Indicator? More Than 1 Reason It Is!

How To Quickly Calculate Fat Weight And Lean Weight?


How Much to Walk According to BMI


Ideal BMI For Runners | All You Need To Know


How To Decrease BMI? An Ultimate Guide


How to gain weight if you’re underweight?